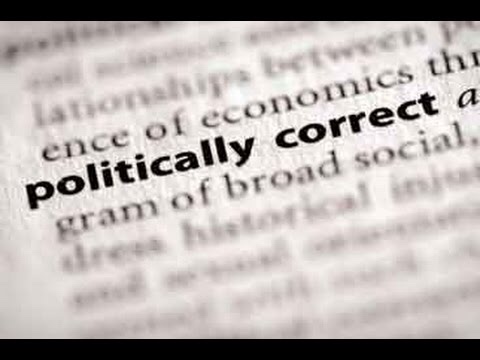 The definition of political correctness, according to Merriam-Webster, is “conforming to a belief that language and practices which could offend political sensibilities (as in matters of sex or race) should be eliminated”

Most thinking people agree with this definition and are able to very clearly articulate the real problem with this belief, starting with the fact that it is a belief, not a universal code of conduct.

As I have often stated on this blog, there is a difference between words that elucidate, persuade, and entertain vs words that inculcate, indoctrinate, and incite. Political correctness falls within the realm of the latter vs the former and this is the crux of intelligent opposition to PC culture.

A movie like Mel Brooks’ Blazing Saddles or television shows like Norman Lear’s All in the Family would never get the proverbial green light today. This despite the fact that both Brooks and Lear were lampooning bigotry and racial stereotypes, not promoting them. Those shows are classics because they offered escapism using the real-world problems of bigotry and racism and exposing them for the ridiculous ideologies they are.

Since when did lampooning racism and sexism along with making fun of ourselves become so offensive to people?

My theory on this is the extremists on both the left and the right are getting outsized attention from the media and the real bigots have succeeded in reframing simple courtesy and showing respect to people of all colors, genders, and ethnicities into a personal attack and the response from the intolerant-tolerant left is to double down on the flawed belief of political correctness.

I implore my readers to go back and read the definition of political correctness. Calling for the elimination of anything regarding free speech is anathema to our liberty as a nation. Using this flaw as a weapon to justify spewing bigotry and hatred is just as bad.

The next time you feel tempted to criticize something or someone as being “too PC”, make sure are keeping the above definition in mind and when you hear someone criticizing PC, make sure you aren’t agreeing with the agenda of a bigot.