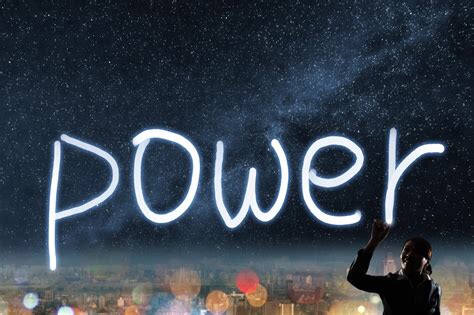 To preface this post, I have on occasion cited author Robert Greene’s bestselling book The 48 Laws of Power. A good read, and I recommend the book to my readers, however, I think Greene’s conclusions concerning power are anachronistic and don’t apply to modern society.

That said, his book is the inspiration for my own, modernized laws of power that I feel apply to how our society operates today. I think 48 laws are a tad excessive and no one would actually read them (plus, I’m not trying to write a bestseller), so I think ten laws will do with a smitten of elaboration in between…

#1: Nobody gives you power; real power is something you take.

For my more mature readers, yes, this is taken from the television show Dallas and is the famous Jock Ewing quote from a 1980 episode of the series.

That said, this is a law in my mind because all empirical evidence in my experience proves it.

As a retired Army Master Sergeant, I had the honor and privilege of being placed “in charge” of a number of organizations. However, being given the power to run an organization is not the same as actually running it.

Leadership and responsibility are two very different things and being “given power” is not the same as “having power”.

Responsibility, like power, is not given, it is taken. It is earned.

Weak people are given responsibility over things, but the real power resides with the strong. Power is defined by getting things done, not by decree.

The people who get things done will always have more power than the people who are simply “in charge” or “have responsibility“. Power is demonstrated, not declared.

Those that get things done without asking for permission have real power.

Empowering your subordinates is a sign of strength, not insecurity (weakness). Eventually, power is challenged. Allow yourself to be challenged by the best.

Goes with #2 above. If you don’t share knowledge, you will wind up doing everything yourself because you will make those around you too reliant on you.

#4: Never fear rejection; rejections are preparation for properly overcoming rejection and dealing with the opportunities that follow.

There is a reason leaders like Martin Luther King, Jr., the Dalai Lama, and Mahatma Gandhi are revered and leaders like Adolf Hitler, Kim il Sung, and Stalin are reviled.

6#:Power never lasts forever, wield it through your example because your example is the template for those who follow you.

#7: The most powerful people never forget their humble beginnings.

If you remember where you came from, your memory will enable you to achieve heights you never realized possible.

#8: Empathy is a more powerful tool than sympathy.

People appreciate those who identify with them or their pain and they exalt them.

#9: If you really want to know what’s going on, ask your subordinates, not your advisors or peers.

The people at the bottom of the hill are more honest than those in the middle or at the top.

A lion does not have to tell anyone he is a lion. It is self evident.